← The use of guns during the riots in Kiev, January-February 2014 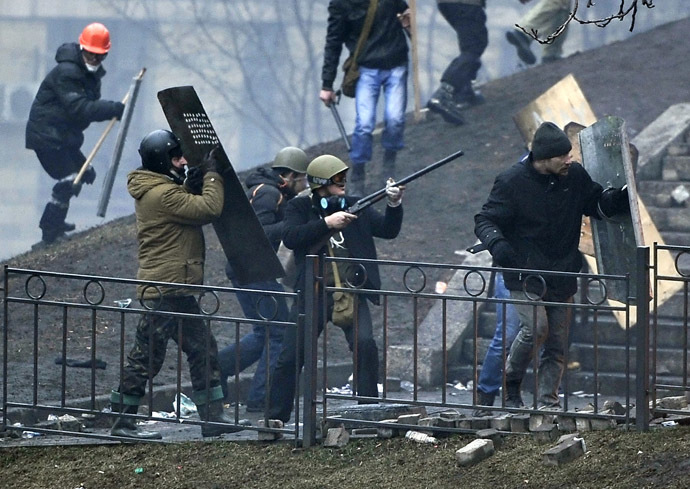 A protester aims a rifle towards riot police as protesters advance to new positions advance to new positions near the Independence square in Kiev on February 20, 2014. Hundreds of armed protesters charged police barricades Thursday on Kiev’s central Independence Square, despite a truce called just hours earlier by the country’s embattled president. Protesters pushed the police back about 200 metres and were in control of most of the square they had occupied at the start of Ukraine’s three-month-old political crisis. At least 10 protesters were killed on Thursday in fresh clashes between thousands of demonstrators and heavily-armed riot police in the heart of Kiev, an AFP correspondent at the scene said. AFP PHOTO / LOUISA GOULIAMAKI